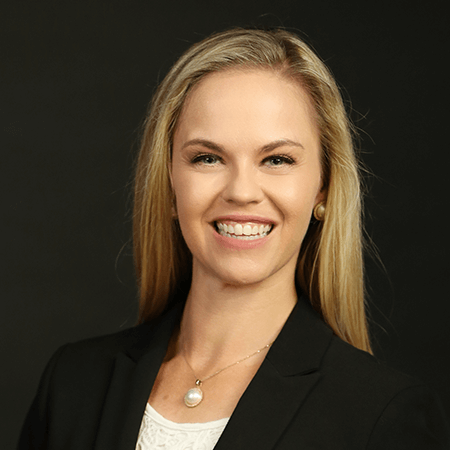 Rachel Bryars is HigherEchelon’s Vice President and Head of Communications & Marketing, generating and executing the marketing and strategic communications strategy in support of corporate objectives. Rachel also serves as a consultant and executive coach, serving a range of clients from NASA to private-equity owned fast-growth companies, and beyond.

Rachel is the former managing partner of Bryars Communications, LLC, a small creative services and training firm serving a range of corporate, non-profit, and media clients. In that capacity, she served as Editor for Yellowhammer Multimedia, a large digital news platform, where she oversaw a team of award-winning journalists and content producers and contributed her own high engagement reported articles and videos. She also previously served as senior fellow for a well-respected public policy research institute, speaking and writing in state and national media, earning coverage in outlets such as Vox Media and NPR’s All Things Considered, and appearing frequently as a guest on state top talk radio programs. She served as a commentary journalist for Alabama Media Group, appearing weekly on the state’s largest news platform and in 142,000 print editions of the Birmingham News, Huntsville Times, and Mobile Press-Register. She created marketing materials for clients including corporate videos, podcasts, and digital products, and provided professional development solutions including communication workshops, mastermind groups, executive coaching, and keynote speaking that focused on combining social science research and practical insights to help people become effective communicators.

Rachel has served as adjunct faculty for multiple colleges and universities, including the University of Maryland Global Campus (formerly UMUC) in Naples, Italy, where she taught public speaking to a highly diverse range of U.S. military and partner nation service members and support staff who were stationed at the U.S. Navy and NATO bases. She has also taught virtual and in-person communication courses for Broward College, Barry University, and Calhoun College, among others.

Rachel began her career as a morning TV news reporter for the ABC affiliate in Richmond, Virginia (WRIC), and contributed news, feature, sports, and commentary articles in publications such as The Washington Post, Washington Examiner, and various other Washington-area newspapers and online outlets. While in D.C., she served as a spokesperson hired by staffing firms for fundraising events, and she provided communication services for area small businesses. She previously worked as a freelance reporter for the Palm Beach Post and as on-air talent represented by several major agencies, appearing in national and international commercials for clients such as Pepsi, Ritz Camera, and the U.S. Army.

Bryars holds a M.A. in Communication from The Johns Hopkins University, where she received a rare honors distinction on her experiment-based thesis. She earned a B.A. in English and Communication with a Journalism focus from Palm Beach Atlantic University, where she was an NAIA All-Region and All-American (hon. mention) scholarship varsity soccer player and team captain, editor-in-chief of the university newspaper, and the recipient of the Women of Distinction scholarship and the Most Outstanding Communication Graduate award.

She lives in Huntsville with her husband and five children and co-hosts a popular podcast about optimizing life and work called Belle Curve Podcast.