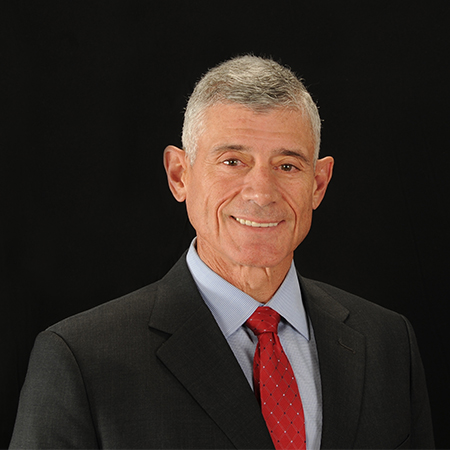 Bob Caslen is an accomplished senior executive whose service as one of the most respected Generals in the U.S. Army has afforded him over four decades of applied leadership experience. Throughout his service, Bob was at the forefront of historical changes occurring in the geopolitical landscape where he established personal and professional relationships throughout the U.S. government at the most senior levels including past and current Presidents, foreign senior leaders, C-level business executives, academe, and collegiate and professional sports professionals.

At HigherEchelon, Bob serves as the company’s Special Advisor on Executive Leadership and Character Development. He is a nationally recognized authority on leader development and author of “The Character Edge; Winning the Right Way” which is scheduled to be published in the summer of 2020. Bob applies his unique leadership experiences to establish winning cultures and professional ethics that cultivate leaders of character as an integral component of high performance.

Bob currently serves in many roles as a trusted advisor including Senior Counsel to the President of the University of Central Florida, trustee to First Command Financial, member of the transition team for the Mayor of Shreveport, Louisiana, member of a non-profit board for the US Olympic Ski and Snowboard Team, and counsel for a start-up company called NeuroFlo. Additionally, his expertise has been valued by senior leaders from Johnson and Johnson and Ross Perot Oil. He has also been engaged as a keynote speaker by well-respected companies and organizations such as JP Morgan, Goldman Sachs, the NYPD, NYC Athletic Club, RAND, the FBI, Department of Defense-related think tanks, the World Affair Council, and the Harvard Kennedy School.

Prior to working in the private sector, Bob served as the 59th Superintendent of the United States Military Academy at West Point. Under his direction as the Superintendent of West Point, the Academy was recognized as the number one public college in the Nation by Forbes Magazine, U.S. News and World Report. The Academy also earned over 150 competitive scholarships (Rhodes, Draper, Marshall, Fulbright, East-West, Lincoln Labs, among others). Bob refined West Point’s leadership program by making professional ethics a priority and essential part of leadership and character development. Bob brought West Point’s academic curriculum into the 21st century by using state of the art technology. He worked extensively with Congress, the NCAA Division 1 Board of Governors and West Point’s community to prevent sexual assault and eliminate sexual violence. He worked tirelessly to expand the diversity of cadets and faculty alike, and he dramatically expanded West Point’s minority and women populations to reflect the demographics of the Army that West Point’s graduates help lead. Working with the Director of Athletics, he revamped the athletic program, made it self-sustaining, and fielded 25 competitive intercollegiate teams. He created partnerships with the NCAA and Department of Defense to conduct research into preventing and treating concussions and traumatic brain injury that have led to significant improvements in prevention and care.

Before West Point, Bob enjoyed an impeccable career as one of the most sought-after leaders in the U.S. Army. He held several notable positions including: Chief of the Office of Security Cooperation in Iraq, where he was the senior military commander in Iraq after the drawdown of U.S. and allied forces in 2011, Command General of the Army’s Combined Arms Center—the headquarters for the Army’s Leader Development and Education programs, Commanding General of the 25th Infantry Division during Operation Iraqi Freedom’s surge, and one of the chief architects on the Pentagon’s Joint Staff during the planning of the Global War on Terror following the attacks of 9-11. Bob’s extensive background has honored him with an impressive list of awards and achievements through his life of service.

Bob is a member of the Kansas State Engineering College Hall of Fame, was recognized with the American Red Cross’ Lifetime of Service Award, received the Honorary Rock of the Year Award for his efforts in diversity as the Superintendent of West Point, was awarded the 2018 Gerald R. Ford Legends Award for lifetime service, received the 2018 NCAA Theodore Roosevelt Leadership Award, was selected as West Point’s Distinguished Graduate, and was recognized with an honorary Doctorate from Long Island University.