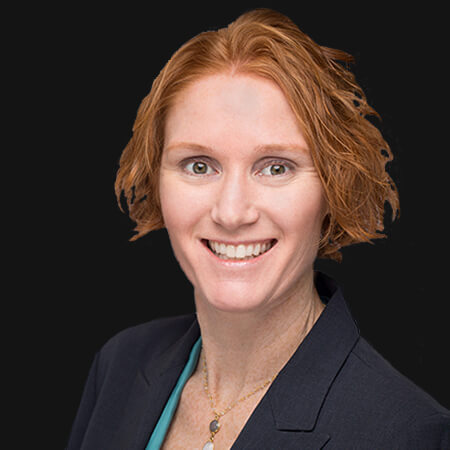 Dawn Halfaker is the founder and Chief Executive Officer of Halfaker and Associates, an award winning professional services and technology solutions firm founded in 2006. Headquartered in Arlington, Virginia, Halfaker and Associates operates worldwide providing leading-edge, innovative solutions in information technology for government organizations on issues of national and global significance. Under Dawn’s leadership, the Company has achieved extraordinary success and growth which is fueled by the Company’s vision of “Continuing to Serve.”

Prior to starting Halfaker and Associates, Dawn consulted on several projects with the Defense Advanced Research Projects Agency (DARPA), Defense Sciences Office and was focused on medical research and technology to enhance warfighter capabilities and save lives on the battlefield. Dawn also interned as a military liaison to the House Armed Services Committee where she advised the committee Chair on key Department of Defense legislation and issues.

Dawn also served as a Military Police Officer in the United States Army. Throughout her military career, Dawn earned respect as a dynamic leader of men and women in combat, peacekeeping, and in training in the United States, South Korea, Kuwait, and Iraq. While in the military, Dawn held several leadership positions and deployed to Iraq with the 3rd Infantry Division where she commanded a military police platoon in support of Operation Iraqi Freedom. She was subsequently wounded during a combat patrol near Baghdad in 2004, earning a Purple Heart and Bronze Star for her service.

Dawn remains active supporting numerous civic, cultural and business organizations and is a staunch advocate for Veterans and Wounded Warriors. Specifically, Dawn is the Vice President for the Vail Veterans Program Board of Directors and is a member of the USO Board of Governors, the Quality of Life Plus Foundation, and the Secretary of Veteran’s Affairs Advisory Committee for Education. Dawn also participates as a member of the Advisory Board for ThanksUSA and the Department of Defense Reserve Forces Policy Board. Previously, Dawn served as the Chairwoman of the Board for the Wounded Warrior Project where she focused on raising awareness and enlisting the public’s aid for the needs of severely injured servicemen and women in addition to helping severely injured service members recover and readjust. Dawn also served on the Secretary of Veterans Affairs Committee for OIF/OEF soldiers and families which focused on improving VA policies and care for veterans who were severely injured in combat.