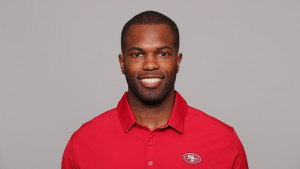 During this episode of the Coaching Through Stories podcast, host Eric Bean interviews Austin Moss, Director of Player Engagement with the San Francisco 49ers. Austin shares how he uses his role to educate, empower, and guide players to reach their potential both on and off the field. Austin demonstrates his passion for greatness throughout this conversation as we discuss hard work, the importance of bringing more diversity to the NFL, and the value of creating a culture with a team first approach.

To learn more on how you can take your leadership to the next level, check out our service offerings: Resilient and Adaptable Leadership, Executive Coaching, and Change Management.